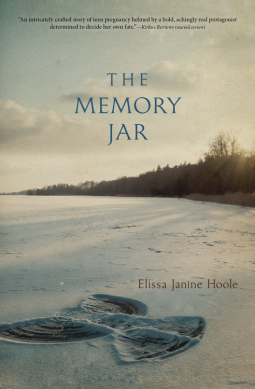 Since the accident,
Taylor’s memory has been fuzzy. But at least she’s awake. Who knows what
her boyfriend, Scott, will remember when he comes out of his coma. Will
he remember that Taylor was driving the snowmobile when it crashed?
Will he remember the engagement ring? Her pregnancy?

Will he remember that she tried to break up with him?

Taylor
doesn’t know. And she doesn’t know if she wants him to remember. Plenty
of things happened that night and before—secrets wrapped in
secrets—that she’d prefer be forgotten.

Facing choices she’d
rather ignore, Taylor searches for something more solid than whispers
and something bigger than blame, so that she can face the future and
forgive herself.

I want to thank NetGalley for the approval to read and review this book. I find it interesting when I saw it on their site so I immediately requested for it.
At first I was confused with the things going on in the book but as I continue reading, little by little I understand the flow of the story. There was too many whys and hows in my head and all of those were answered. What I really can say is that, this book is full of depression, heartaches and guilt. I don’t say that it is a bad one actually those are the things that makes the book alive and interesting. As a reader, I was hoping for something good to happen. I was hoping for a better ending.
The character, Taylor is a young woman who was supposed to break up with her boyfriend Scott but they had an accident. Taylor lived, while Scott is currently in comatose. Taylor is pregnant and she is planning to abort the baby, she can’t tell her mom about it because the woman who’s supposed to look after her has problems on her own. Taylor’s life is currently a mess but she is lucky to have Dani, Celeste and Joey with her.
I can’t tell if the ending of the story is a happy or not. Maybe for other person’s perspective it is a happy ending. For me it is an act of moving on, on looking forward to the future. Taylor’s choice was a tough one, it can be a bad one too but then it is her choice, I was hoping for it to change but the story ends already so this question can’t leave my head… Was there a change in her decisions? Last minute? Did she end up with Joey? But one thing is for sure here, her relationship with her mother is turning good.
Such a good book but be emotionally ready. This book is like reading a teenager’s mind. Like the story is all in her head and it is there in front of you telling you to read and understand. I like how the story was written, the transition between Then and Now is not confusing. The story itself is simple yet full of emotions.
“It’s hard to keep a positive attitude about progress sometimes.”

“You kids think you’re invincible, that you have this grand life stretching out ahead of you like an empty page. A book you’ll fill in later, when you have time to slow down. Your life is now, kid. Your life is here and it can change on a dime.” 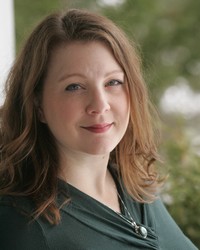