Lacy Dawn’s father
relives the Gulf War, her mother’s teeth are rotting out, and her best
friend is murdered by the meanest daddy on Earth. Life in The Hollow
isn’t great. But Lacy has one advantage — she’s been befriended by a
semi-organic, semi-robot who works with her to cure her parents. He
wants something in exchange, though. It’s up to her to save the
Universe.

Will Lacy Dawn’s predisposition, education, and magic
be enough for her to save the Universe, Earth, and, most importantly,
protect her own family?

Rarity from the Hollow is adult literary
science fiction filled with tragedy, comedy and satire. It is a
children’s story for adults, not for the prudish, faint of heart, or
easily offended.

Robert Eggleton has served as a
children’s advocate in an impoverished state for over forty years. He
is best known locally for his nonfiction: investigative reports about
children’s programs, most of which were published by the West Virginia
Supreme Court where he worked from 1982 through 1997; nationally
distributed models of serving disadvantaged and homeless children in the
community instead of in large institutions; research into foster care
drift involving children bouncing from one home to the next — never
finding a permanent loving family; and statistical reports on the
occurrence and correlates of child abuse and delinquency in West
Virginia. Dozens of his works have been archived by the West Virginia
Division of Culture and History.

Today, he is a recently retired
children’s psychotherapist from a mental health center in Charleston,
West Virginia, where he specialized in helping victims cope with and
overcome physical and sexual abuse, and other mental health concerns.
Two of Eggleton’s poems were published in the 1970s and another won
first place in 2015 international poetry competition managed by the WSC
Science Fiction & Fantasy Club/WillyCon. His debut novel, Rarity
from the Hollow, was named one of five best reads in 2015 by a Codices,
has been awarded Gold Medals by Awesome Indies and Readers’ Favorite,
and has been so well received by prominent book critics and reviewers
that it is scheduled for republication by Dog Horn Publishing, a
traditional small press, in 2016. Three of Eggleton’s short stories have
appeared in magazines: Wingspan Quarterly, Beyond Centauri, and
Atomjack Science Fiction.

Author proceeds from Eggleton’s Lacy
Dawn Adventures project have been donated to a child abuse prevention
program operated by Children’s Home Society of West Virginia. http://www.childhswv.org/
Robert continues to write adult literary science fiction with new
adventures based on a protagonist that is a composite character of
children that he met when delivering group therapy services. The overall
theme of his stories remains victimization to empowerment. 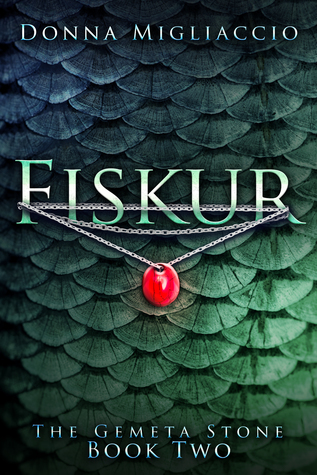 Fiskur by Donna Migliaccio
November7, 2017
Fantasy
The Gemeta Stone Book 2
Fiery Seas Publishing, LLC
With his family’s talisman in his possession, Kristan Gemeta is ready to face the Wichelord Daazna – but he has no inkling of the scope of Daazna’s power, nor the depths of his hatred.
With the recovery of his family’s protective talisman, Kristan Gemeta has found hope, courage – and perhaps even the first stirrings of love.  With the aid of Heather Demitt, her band of rebels, a shipload of Northern brigands and the legendary Kentavron, he readies himself to face the Wichelord Daazna.  But neither he nor his comrades realize the strength of Daazna’s power and hatred.  The Wichelord’s first blow comes from a direction Kristan least expects, with horrific, lasting consequences.

Chapter 1
The boat slewed suddenly. “Fiskur! Tiller to port!” Olaf roared, but it was too late; they had missed the breeze and were becalmed again. One of the Northmen laughed, but was quelled by his captain’s blue-eyed stare. Olaf came aft and stood looking down at Kristan. “You’re asleep at the helm, my friend.”
A blush of shame crept up Kristan’s face. “I’m sorry, Olaf. Maybe one of the others would do a better job –”
Olaf waved the words away as if they were gnats. “Fiskur, even a man born to the sea makes a poor job of sailing when he’s tired. But I’ve been thinking, and the more I think, the more futile this seems.”
Kristan’s heart sank, but he tried to smile. “I understand. We’re grateful for the time you’ve given us –”
“Will you let me finish?” Olaf said. The impatience of his tone was tempered by his gentleness as he patted Kristan’s shoulder. “It makes no sense to keep trying for the harbor. The Daaznans, lubberly as they are, are still smart enough to recognize this ship now. Why not follow me and my ship south? From there we can bear east along Norwinn’s seacoast. A day’s sailing will take us to a shallow bay. You can offload there and travel overland to Norwinn’s castle. It’ll be a longer trip by several days, but what you lose in time you’ll make up in safety. What do you say?”
Kristan nodded. “That makes sense. Olaf, I don’t know how we can ever repay your kindness.”
“With respect, Fiskur, you’re talking nonsense. You pulled me out of the Mor when you had every right to let me drown. Now shove over and let me take the tiller; we’ll get back to camp quicker that way. Take over,” he added to his men, and in the Northmen’s capable hands the wine ship was quickly under way. The four Hogians sank to the deck, talking quietly, but Kristan was too dispirited for conversation. He leaned against the rail, looking back the way they had come.
“You’ll get there soon enough, Fiskur,” Olaf said. “Your kinsman on the throne in Norwinn will help you. You’ll march on this Wichelord Daazna, defeat him and be home again in Fandrall before you know it.”
“Home in Fandrall,” Kristan repeated. “A fortnight ago I would have told you I’d given up hope of ever seeing my home again.”
“Well, it’s the hope that keeps you going, isn’t it?” Olaf replied. His tone was gruff and wistful at the same time, and Kristan turned to look at him. The Northman’s eyes were fixed on the water ahead, but his face, usually so good-natured, had sunk into lines of sadness.
“Where’s your home, Olaf?”
The Northman sighed. “I wish I knew, Fiskur.”
“What do you mean?”
“I mean we can’t find it. It’s as simple as that. My brother Sigurd and I set out on an expedition, just the two of us with our ships and crews. We thought we’d be back with our spoils in three or four days. But we ran into a storm and lost our way.”
“How long ago was that?”
“How long?” Olaf cocked an eye at him. “It’d be about five years, now.”

Donna Migliaccio is a professional stage actress with credits that include Broadway, National Tours and prominent regional theatres.  She is based in the Washington, DC Metro area, where she co-founded Tony award-winning Signature Theatre and is in demand as an entertainer, teacher and public speaker.  Her award-winning short story, “Yaa & The Coffins,” was featured in Thinkerbeat’s 2015 anthology The Art of Losing.
Social
Media:
Website
Facebook
Twitter
Pinterest

Ivy Morgan hasn’t
been feeling like herself lately. Not like anyone can blame her. After
all, being held captive by a psychotic fae prince hell-bent on
permanently opening the gates to the Otherworld is bound to leave some mental
scars.
It’s more than that,
though. Something dark and insidious is spreading throughout Ivy, more powerful
than she could ever imagine… and it’s coming between her and the
man she’s fallen deeply in love with, elite Order member Ren Owens.
Ren would do
anything to keep Ivy safe. Anything. But when he makes a life
altering choice for her, the fallout of his act has far reaching consequences
that threaten to tear their lives apart.
If Ivy is going to
have any hope of surviving this, she must put aside the hurt and betrayal she feels,
and work with not only those she loves, but with an enemy she would rather kill
than ever trust. War is coming, and it soon becomes clear that what
Ivy and Ren thought they knew about the Order, themselves, and even their
enemies, has been nothing but a cluster of dangerous, deadly lies. Ivy knows
she must be more than just brave to save those she loves–and,
ultimately, to save herself.

Because behind ever evil fae Prince, there’s a Queen…

Amazon: http://amzn.to/2fwiarG
*Amazon is the only retailer with a
pre-order link at this time

To celebrate the upcoming release of BRAVE
(book 3 in the Wicked Saga), Jennifer is offering an exclusive virtual signing!
Through this virtual signing, you will be able to order SIGNED &
PERSONALIZED copies of WICKED, TORN, and BRAVE!
And best of all — This is OPEN
INTERNATIONALLY!
DIRECT LINK: http://www.apollyconevent.com/jla-brave-virtualsigning/

# 1 NEW YORK TIMES Bestselling author Jennifer lives in Martinsburg, West Virginia. All the rumors you’ve heard about her state aren’t true. When she’s not hard at work writing. She spends her time reading, working out, watching really bad zombie movies, pretending to write, and hanging out with her husband and her Jack Russell Loki.
SOCIAL MEDIA LINKS:

About the Book
A modern retelling of Jane Austen’s Persuasion, where a young woman comes face-to-face with a

lost
love, proving that the one that got away is sometimes the one you get back.

Ruby and Ethan were perfect for each other. Until the day
they suddenly weren’t.

Ten years later, Ruby’s single, having spent the last decade focusing on her
demanding career and hectic life in Manhattan. There’s barely time for a trip
to England for her little sister’s wedding. And there’s certainly not time to
think about seeing Ethan there for the first time in years.

But as the family frantically prepare for the big day, Ruby can’t help but
wonder if she made the right choice all those years ago. Because

there’s
nothing like a wedding for stirring up the past… 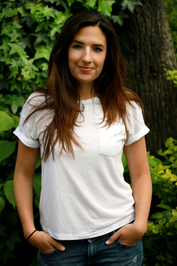 MELISSA PIMENTEL grew up in a small town in Massachusetts in
a house without cable and therefore much of her childhood was spent watching
1970s British comedy on public television. These days, she spends much of her
time reading in the various pubs of Stoke Newington and engaging in a
long-standing emotional feud with their disgruntled cat, Welles. She works in
publishing and is also the author of Love
by the Book.
Twitter: https://twitter.com/melispim?lang=en
Facebook: https://www.facebook.com/MelissaPimentelAuthor/
Buy Links: https://us.macmillan.com/books/9781250130389