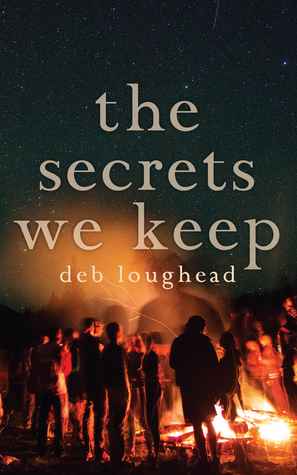 First she blamed herself. Now she doesn’t know who to trust.

When
Kit disappeared at a party and was found drowned in the quarry the next
day, Clem knew who to point the finger at: herself. She was the last
person to see him alive, the last person who could have helped. If she
had just kept a closer eye on him instead of her crush, Jake, maybe Kit
would still be here. She knows she made a mistake, and wishes she could
just forget about it — but Clem’s friend Ellie says she’ll expose Clem’s
secret if she doesn’t play along with Ellie’s lies.

Jake
seems to have his own difficult secrets, and when he and Clem start to
talk, they make a plan to help themselves move on. But when an
unexpected discovery at the quarry makes everyone question what they thought they knew, Clem and Jake decide it’s up to them to uncover the truth.

First of all I want to thank the publisher for the opportunity to read this book. I was intrigued when I saw this on NetGalley so I immediately requested this. The blurb and book title was catchy. I do want to know what were their secrets so…I decided to proceed reading this one.
I don’t read much mystery related book but this one is an exemption, I enjoyed reading this. It was confusing at first but the story changes fast and the reader will be able to catch up right away. If you’ll look at the details closely you’ll be able to pick up the clues from what happened that night when Kit disappeared. The story wasn’t that long either and it was straight forward mostly it was focused on finding how Kit died.
Another thing I loved about this book was how Clem, Jake and Ellie found closure with each other. After all the things that happened to them, they still had each others back.

Deb Loughead, a Toronto author, poet and workshop leader, has been
writing since she learned how to read. In fact, she’s saved everything
she’s ever written, including her very first composition entitled “A
Narrow Escape for a Mouse” which she often reads during her classroom
visits! As of 2015, Deb has published over 35 books for children and
Young Adults.