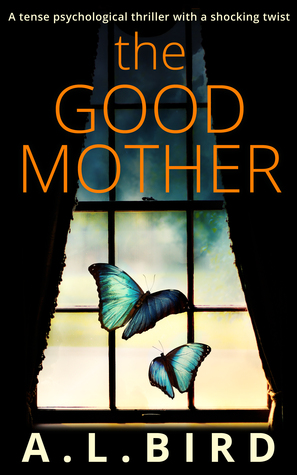 The greatest bond. The darkest betrayal.

Susan
wakes up alone in a room she doesn’t recognize, with no memory of how
she got there. She only knows that she is trapped, and her daughter is
missing.

The relief that engulfs her when she hears her
daughter’s voice through the wall is quickly replaced by fear, knowing
that whoever has imprisoned her has her daughter, too.

Devising a
plan to keep her daughter safe, Susan begins to get closer to her
unknown captor. And suddenly, she realizes that she has met him before.

The Good Mother is a dark and disturbing psychological thriller for fans of C L Taylor, Kathryn Croft and S K Tremayne.

I’ve got this book via NetGalley in exchange of an honest review. I was curious with this and so I decided to read and find out what this is all about. The truth is on the first half of the book, I was so close to stop reading it. I was in the edge of giving it up for the reason that I feel like the story is slow. I’m waiting for the excitement and any clues as to what really happened. Who’s the guy? Where’s Cara? Why was she locked in a room? Why are they imprisoned? Will they get a chance to get out? How? Those questions keeps popping in my head without any answers. But I guess, I’m glad I didn’t stop reading. I’m glad I finished it because the answers that I’ve been looking for was in the other half of the book. The climax, the story twists, it all make sense after reading that specific part. This book suddenly turned interesting. It was a struggle at first but I can say that it is worth my time. It may took me a while to finish it but I’m glad I did.
Should I do my summary? I feel like I will destroy the fun! But here it is anyways..
Susan, a good loving mother was locked in a room without anything but a bed to sleep in. She doesn’t recognized where she is and the first thing that she thought was that she’s been kidnapped. As a mother’s instinct, she immediately thought of Cara, her daughter. She thinks that her girl had been kidnapped too. Days passed without her knowledge and she tried to find her daughter, she tried to find the truth about the captor. Until that day when Susan started to show some familiarity about who her captor was. She knew who he is. He’s someone who’s so close to her and her daughter Cara. She met him before but she can’t remember when and where. Things changed when he mentioned his name. —
Sorry! I will not tell you who he is! It’s for you to find out because when I was reading this book I was like playing a guessing game. I enjoyed it so far.. and what could I say about the book? Here..
via GIPHY 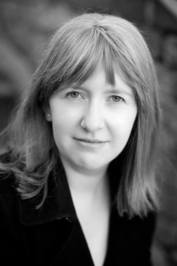 A.L. Bird (Amy) lives in North
London with her young family. She divides her time between writing and
working as a lawyer. ‘The Good Mother’, released in April 2016, is her
major psychological thriller for Carina UK (HarperCollins), the fourth
novel she’s written for the imprint. Her debut ‘Yours is Mine’ reached
the coveted No. 1 spot in the Amazon Women’s Crime chart. She has an MA
in Creative Writing from Birkbeck, University of London, and is also an
alumna of the Faber Academy ‘Writing a Novel’ course, which she studied
under Richard Skinner. Amy is a member of the Crime Writers’
Association.