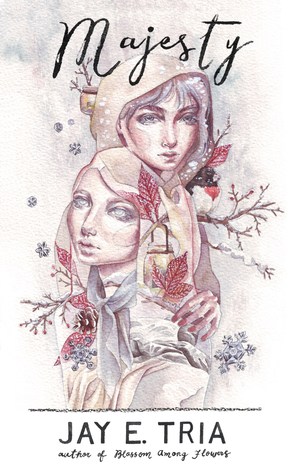 What would you do if the ghost of someone you love appeared in front of you?

Majesty
is a beautiful ghost, with her hair of fire and eyes gray like smoke.
That is Andy Fey’s first thought when the ghost of her best friend
Majesty Hall appeared in her bedroom, only two months since her death.
Majesty doesn’t know why she’s there, why only Andy can see her.

Andy
isn’t sure if she should tell Gale, that boy who claims that he and
Majesty were in love. Funny, sarcastic, and a self-proclaimed serial
heartbreaker, Gale is proving to be a good friend in grief, though his
trail of broken hearts could soon include hers.

As Andy and Gale
wade through their sorrow, Andy wonders if Majesty is here to help ease
her into this new, complicated friendship, or if she has a mission all
her own.

Before I continue, I want to ask the other readers what was your first thought when you saw the book cover? Isn’t it beautiful? I fell in love with the book cover right away, it is catchy and amazing! *applause to the creator and to the author*. To be honest, if there is a chance I want this cover to be printed separately and I will post it on my wall, signed by the author and the designer (is it possible??? wishful thinking).

Majesty is actually the kind of book that you’ll finish in a day, enjoyable and touching to read, at first I thought this is something like a creepy story because it involves “ghosts”, but when I read it my heart sank. It was sad and I could actually relate in a sense that if I had a choice I will choose to see the person I loved again even if she has a limited time, just so I could talk to her about what’s happening lately. — long story but I really could relate so while reading I’m checking my emotions — I think that’s the experience that you want to happen to you even once in your life, just to finally say the proper good bye to that person and apologize for the things that you needed to apologize for. *cries*

Majesty is such a lovely lady. She’s the happy type and would make everyone around her become alive. She’s the light in the dark but behind those happiness is her killer sickness. She tried to hide it to her friends because as for her “they can’t handle it”, but that’s the thing, her best friends was shocked when she’s suddenly gone and will never come back. Andy (her best friend) tried to hold it together, until Majesty appeared in front of her. Andy is just a simple girl who’s the not-so-popular-type but that’s not until she became friends with Majesty.  Andy’s world changed because of one person. Gale, he’s a long time friend of Majesty, he became close with Andy in the funeral. Majesty’s death becomes their bridge to be together. The story of these people are very pretty, specially Majesty. I feel like, she just got back because she wasn’t able to say good bye to Andy, Gale and her mom properly, unfinished business as they say. Then one day, she’s gone completely.

I finished that book with teary eyes and writing this review makes my heart ache. Until now I’m affected by the story. It is simple, fast paced story but beautiful and most probably will touch the heart of the readers. I guess this is my favorite book from Jay E. Tria now. 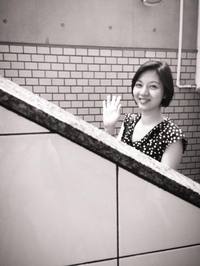 Hi! I’m a writer of
contemporary Young Adult and New Adult romance. These days I’m writing
paranormal/fantasy too, and it’s a fun exercise. I’m often inspired by
daydreams, celebrity crushes, a childhood fascination of Japanese drama
and manga, and an incessant itch to travel.

NEW RELEASES:
Playlist #2: Songs to Get Over You
That Thing Called Closure (A Playlist Short Track on buqo.ph) #WriteBreakupSongsAbout

Also by Jay:
Playlist #1: Songs of Our Breakup
Blossom Among Flowers
Majesty