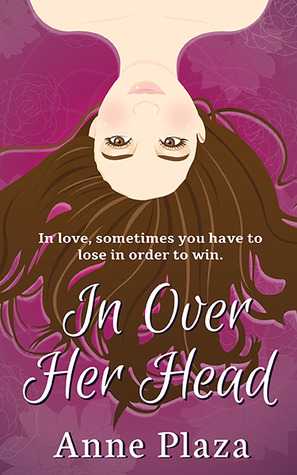 Title: In Over Her Head
Author: Anne Plaza
Published: October 24, 2013

All she wants is to get even…

Erika
Apostol’s quiet and unassuming life gets disrupted when she learns that
Richard Javier, the very same person who broke her heart many years
ago, is now back in the country. Her world is turned upside down as old
feelings she thought were buried resurface to haunt her once more.

Determined
to give Richard a dose of his own medicine, Erika finds herself
involved in an outrageous plan devised by her friends. They enlist the
help of Jerome Gonzales, an attractive and charismatic DJ (with a
playboy reputation), to pose as her significant other.

As the
plan goes in full swing, Erika discovers Richard’s jealous side, and
that there’s something more to Jerome than meets the eye. Will this
grand charade work out the way it should, or will she be left with
nothing in the end?

First of all, thank
you for giving me the opportunity to be part of this blog tour in exchange of
an honest review. This will be hard for me for some reasons like
my review will be kind of rude or lame but with all honesty, I still posted my review
because that’s what my heart and mind tells me to do.
The book is good, a
light read and a kind of book you will finish in a day or half a day. A simple
story that you will be able to compose the ending, positive or negative you’ll
have a list of it. I guess, as you observe the love story in telenovelas, or the
typical love story of other people nowadays, it is common. What I looked
forward to while reading this was how will the story ends, will end up being together for the second time around or
they will really part ways for good this time. It was a little bit tricky at
the end yet I’m glad that it has a nice ending. Not just for the main
character’s life but also to everyone around her specially her best friend.
Erika and Richard
are long time couple, they’re the type of couples who have been in rough times
but managed to get out of it, just this one decision break them apart. Richard
accepted his job in Singapore and broke up with his long term girlfriend Erika,
it was unexpected in fact Erika was thinking happy thoughts instead but
everything she thought just shattered into pieces including her heart. Years apart they both grew differently but will their hearts have the same feelings towards each other?
If you’re looking for a quick read this will be a good one, I have a bad comment about the character though, I just think what Erika did to Richard was very childish and selfish, instead of confronting him she lets her friends do the crazy decision for her just because she hates him? I guess that wasn’t a good idea at all. As for Richard, he might as well tell Erika what was his real intention before he left the girl alone. Jerome, I think he is good even though he basically just agreed to the plan, he has no choice.
Lastly, I also think that of the book was written in all English it will be nice, reading FIlipino words in some parts of the book make it a little off. It was like the words doesn’t even fit with the sentence. But I guess, the books motive is to really promote Filipino culture. The way it was written, how the sentences made, you’ll notice it is Filipino type. The positive note is that, it was good.
I think, that’s it! I like this book in a different way. It was good to have something different to read. It was really awesome to be part of this blog tour and be able to read another good book! 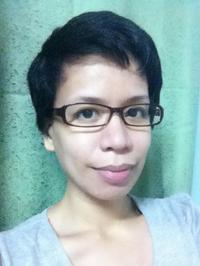