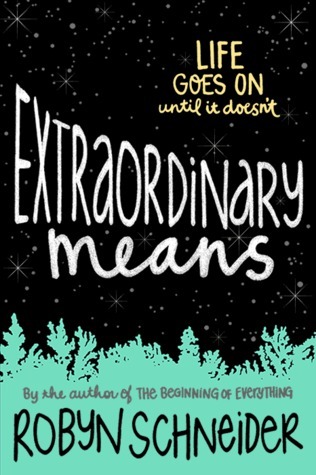 From the author of The Beginning of Everything: two teens with a deadly disease fall in love on the brink of a cure.At
seventeen, overachieving Lane finds himself at Latham House, a
sanatorium for teens suffering from an incurable strain of tuberculosis.
Part hospital and part boarding school, Latham is a place of endless
rules and confusing rituals, where it’s easier to fail breakfast than it
is to flunk French.

There, Lane encounters a girl he knew years
ago. Instead of the shy loner he remembers, Sadie has transformed. At
Latham, she is sarcastic, fearless, and utterly compelling. Her friends,
a group of eccentric troublemakers, fascinate Lane, who has never
stepped out of bounds his whole life. And as he gradually becomes one of
them, Sadie shows him their secrets: how to steal internet, how to
sneak into town, and how to disable the med sensors they must wear at
all times.

But there are consequences to having secrets,
particularly at Latham House. And as Lane and Sadie begin to fall in
love and their group begins to fall sicker, their insular world
threatens to come crashing down.

Told in alternating points of view, Extraordinary Means is a darkly funny story about doomed friendships, first love, and the rare miracle of second chances.

I can’t imagine a life being isolated from the outside world. I kinda tried though, not checking any social media sites, not going out with friends and not talking to anyone. That’s when I was depressed. But being sick and isolated? I guess that will be the worst and I think I understand why Lane hates it.
Lane has tuberculosis. He has to be locked out in the Latham house where other kids like him are staying. Lane still believes he will be able to get out of the Latham house soonest and he still continue the things he kept doing in the outside world. He keeps studying for his exams until his condition gets a little worse. As days passed by in Latham house, Lane met Sadie, she’s the girl from his childhood. He tried to be part of Sadie’s group until he succeeded. He even win Sadie’s attention. Being in Sadie’s little group, Lane enjoyed his life in the house, he discovered more secrets about Sadie and her friends. But despite of all the enjoyments, their group of friends suddenly crashes down. All of their life turned upside down when things started happening in Latham house.
This book is fun to read but at the same time heart shattering. I like how the story was made, full of hope and challenges but the twist of the story is what made my heart hurts so much. The book is beautiful, the story is promising and the characters are amazing. I enjoyed Lane and Sadie’s story, they’re both fighters for trying to recover from tuberculosis and dreaming about their future.
Sad how things end, but the book is perfect from what it is. I had a book hangover after reading this, I really can’t finish other books so I decided to take a break before reading again. I recommend this book to other readers. It’s really a good one.
PS. this is my first Robyn Schneider book!

Robyn Schneider is a writer,
actor, and online personality who misspent her youth in a town
coincidentally similar to Eastwood. Robyn is a graduate of Columbia
University, where she studied creative writing, and the University of
Pennsylvania School of Medicine, where she studied medical ethics. She
is also the author of the middle grade Knightley Academy books, written
as Violet Haberdasher. She lives in Los Angeles, California, but also on
the internet. You can watch her vlogs at youtube.com/robynisrarelyfunny and follow her on Twitter, Tumblr, Facebook and Instagram.