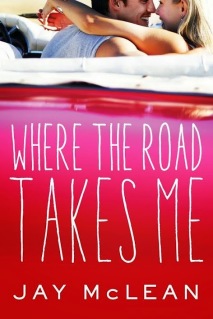 Chloe has one plan for the future, and one plan only: the road. She’s made a promise to herself: don’t let anyone in, and don’t let anyone love her. She’s learned the hard way what happens if she breaks her rules. So she’s focused on being invisible and waiting until she can set out on the road—her dream of freedom, at least for a little while.
Blake Hunter is a basketball star who has it all—everything about him looks perfect to those on the other side of his protective walls. He can’t let anyone see the shattered pieces behind the flawless facade or else all his hopes and dreams will disappear.
One dark night throws Chloe and Blake together, changing everything for Blake. For Chloe, nothing changes: she has the road, and she’s focused on it. But when the so-called perfect boy starts to notice the invisible girl, they discover that sometimes with love, no one knows where the road may lead.

Meet Blake & Chloe in Where the Road Takes Me
in this new coming of age novel by
Jay McLean
AVAILABLE NOW!
Amazon: http://amzn.to/1AxvTEC
Amazon UK: http://amzn.to/1BYBqPP
Excerpt #1
Chloe lifted her gaze and locked it with mine. She shook her head again and groaned, “Fine.” Then she took off her shirt.
My jaw dropped.
My hands had touched her bare skin, the curve of her hips, and her tiny waist, but I’d seen her body only once, when she was in a bikini, and that had been for only a minute. But that was nothing compared to seeing her like this. Up close. So close her sports bra–covered breasts were just under my nose.
“Blake?” she whispered.
I struggled to take my eyes off her chest, but I finally made it to her face. She had her hair tied up in a messy knot on top of her head, like she often did. But a few strands were stuck on her neck and on her face . . . and a little sheen of sweat covered her arms and her stomach, her chest, her breasts . . .
“Blake,” she repeated, and I trailed my eyes back to hers again.
She pouted before she said, “Give me the ball?”
I shook my head and hid the ball behind my back.
She pouted again. “Please?” she whispered. Then a hint of a  smile broke through.
“Are you trying to seduce me into giving you my ball?”
== Teaser Quote ==
“Because over the years of building walls and living my life one day at a time, I’d learned to accept my fate and never hope for more than what I had. I’d never questioned the way I thought about my life. But Blake—he made me question it. He made me want to change it. To change my outlook. And to change myself. But I couldn’t. And I wouldn’t. Because one day, sooner rather than later, I’d be gone. And I’d leave them all behind.”

Jay McLean is the author of the More Series, including More Than This, More Than Her, More Than Him and More Than Forever. She also has two standalones coming soon titled Where The Road Takes Me, and Combative.
Jay is an avid reader, writer, and most of all, procrastinator. When she’s not doing any of those things, she can be found running after her two little boys, or devouring some tacky reality TV show.
She writes what she loves to read, which are books that can make her laugh, make her smile, make her hurt, and make her feel.
Stalk Her:   Website | Facebook | Facebook Fan Page | Twitter | Pinterest | Google Plus | Google Plus Jaybirds Group | Goodreads
For publishing rights (Foreign & Domestic) Film, or television, please contact my agent, Erica Spellman-Silverman, at Trident Media Group. (less)
Giveaway
$50 Gift Card
a Rafflecopter giveaway 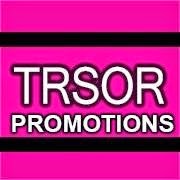