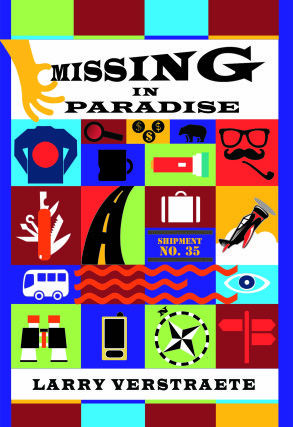 Four months after Gramp’s mysterious death, Nate helps out at Gram’s garage sale. An eerie feeling, as if Gramps were reaching beyond the grave to send Nate a message, leads Nate to a box full of clues. A missing plane. A secret to keep. A map highlighting the route where Gramps died and the message, “Shipment #35-Gold.” Nate and his best friend, Simon, are convinced that Gramps was on a treasure hunt when he died. They’re just as convinced that Gram’s shifty next door neighbour, Fortier, is after the gold too. Nate and Simon sneak away on a Greyhound bus for the small town of Paradise where Nate is sure treasure awaits. Can they find the gold before Fortier gets his thieving hands on a treasure that rightfully belongs to Gramps?
Larry Verstraete is an award winning author of 13 non-fiction books for young people. This is his first work of fiction.
Spotlight on Main Character – Nate
A visit to 14 year old Nate’s room tells a lot about him.  Posters of idolized rock groups and sports figures decorate the walls. Shelves are lined with an eclectic mix of books, everything from novels, to books on the supernatural, to how-to books about stand-up comedy.  Between books, an array of model cars, planes and ships populate the shelves.  He has an extensive collection of Lego, though he rarely uses it anymore.  Tucked in one corner of the room, you’ll find a large trunk – Nate’s collection of gear from his preteen days when he set his sights on achieving fame and popularity by becoming the next David Copperfield.
A few clothes dot the floor, but most are neatly folded in dresser drawers.  If you check his desk you’ll find a few scratch pads, most with names of hot girls he’d like to call, but hasn’t worked up the courage to do.  More a traditionalist when it comes to rock, music by Queen tops Nate’s playlist, in particular We Are the Champions – his anthem on particularly troublesome days.
As you might guess, Nate is on the quiet and shy side, and more geek than jock. He hangs around with friends who are more outgoing. Nate’s wry sense of humor, smart ass comments and deadpan delivery are popular with his group, and his way of gaining acceptance with this more boisterous crowd. These qualities are his downfall at home, however, especially with his dad – a nose-to-the-grindstone guy who expects the best from his only son and is quick to express disappointment when Nate falls short.  When one of Nate’s friends was nabbed for shoplifting at 7-11, his father imposed all kinds of restrictions on Nate even though it was clear that Nate had not been involved.  Since then tensions have been high at home.
The last thing Nate needs is to disappoint his dad again.  Yet that’s exactly one of the risks he takes when he embarks on a quest to find his grandfather’s lost treasure in Missing in Paradise. 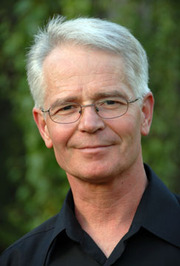 Larry Verstraete, a retired teacher, has authored thirteen non-fiction books for young people and won multiple awards including the 2012 McNally Robinson Book for Young People Award and the 2010 Silver Birch Non-fiction Award. Missing in Paradise is his first work of fiction.
Connect with the Author:  Website | Facebook | Goodreads