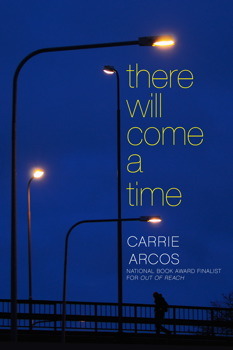 Mark knows grief. Ever since the accident that killed his twin sister, Grace, the only time he feels at peace is when he visits the bridge on which she died. Comfort is fleeting, but it’s almost within reach when he’s standing on the wrong side of the suicide bars. Almost.

Grace’s best friend, Hanna, says she understands what he’s going through. But she doesn’t. She can’t. It’s not just the enormity of his loss. As her twin, Mark should have known Grace as well as he knows himself. Yet when he reads her journal, it’s as if he didn’t know her at all.

As a way to remember Grace, Hanna convinces Mark to complete Grace’s bucket list from her journal. Mark’s sadness, anger, and his growing feelings for Hannah threaten to overwhelm him. But Mark can’t back out. He made a promise to honor Grace—and it’s his one chance to set things right

I joined the tour without expecting anything from the book so I don’t have any idea if I will like it or not and that’s the challange I’m willing to take. But when the book arrived I started reading it right away and somehow I instantly liked it.

I can relate with the story, I didn’t lose any siblings but I knew the feeling of losing someone you love the most coz I lost my mom. It was like taking a big part of your life. I understand Mark if he wanted to be isolated with everything and I understand if he doesn’t wanna talk about what happened because that’s what I felt before too. The story is good, i love how it was written and i love how Mark took the challange left by Grace. That 5 top things inspired me and I think it is fun to do.. Maybe I’ll try it this year since I still have six months left. The book inspired me in so many ways though I really feel bad for Mark, seriously it is hard to move on.


I like Mark (he has the same name as my brother!!) for he is a strong man, he loves music and I think that is his escape with so many things happening around him, I’m impressed by how strong he is to handle the grief. Hannah is a typical kind of bestfriend who will do anything to honor someone she loves. It’s a good thing she think of that thing about honoring Grace it was really awesome. And to be honest I like Mark and Hannah together it was like Grace’s death is the bridge for them to be even more close.

I like every part of the book it’s a fun thing to read it’s not the type that you’ll cry and be inspired but it is the kind of book that you’ll be inspired right there and then. I like the book cover, simple but elegant.

“Dating someone isn’t like trying on clothes. It’s got to mean something to hold someone’s hand or let a guy kiss you. At least,  it should mean something. I don’t need fireworks when I’m with him, but I want him to be someone I admire and respect.” -Grace- I love that line and I do believe in it. I would not date someone who I know doesn’t stand a chance on me. If friends, well then just friends..


Thank you guys for the opportunity you gave me to read this book! It is really awesome!

Carrie Arcos is a National Book Award Finalist for Young People’s Literature for OUT OF REACH. She lives in Los Angeles with her family. THERE WILL COME A TIME will be available May 6, 2014. You can find more about her at carriearcos.com