Petri Quinn is counting down the days till she turns 16 and can get on GLAZE – the ultimate social network that is bringing the whole world together into one global family. But when a peaceful government protest turns into a full-blown riot with Petri shouldering the blame, she’s handed a ban. Her life is over before it’s even started.

Desperate to be a part of the hooked-up society, Petri finds an underground hacker group and gets a black market chip fitted. But this chip has a problem: it has no filter and no off switch. Petri can see everything happening on GLAZE, all the time. Including things she was never meant to see.

As her life is plunged into danger, Petri is faced with a choice. Join GLAZE… or destroy it.

Look around for a minute and then close your eyes, now.. imagine life without technology, imagine those people who doesn’t have any gadgets. Life is hard isn’t it? the effort is a big deal too but everyone is happy and they don’t complain. But now? everything is so much easier we can talk to anyone around the world we can share everything we wanted. No need for the telegrams that lasts for a week to arrive, no need for landline calls that sometime’s when the person you are looking for is not around then it will cost you a lot of money. Nowadays, just one email and the receiver can read your message right away, one cellphone call wherever that person is can answer you right away. There is no big effort and we’re not contented for what we have. Technology changed our lives and this book shows how. While reading this I was also thinking and imagining if this happens in real life, we will be the walking Google and a person-who-knows-it-all, fun? yes it is but it’ll be scary too, why? because there will be no privacy.

I personally can relate with the book because I graduated as a programmer and while reading I was like “they used codes here to program Glaze” and another is “OH! I knew hackers will be here too”, those are just some things inside my mind while reading, and the good news? it’s a sign that I’m ignoring the book I feel connected in some way.

The story gave me heebie-jeebies and the book kidnapped me for a moment. I kept reading because I totally got hooked and curious what will happen next. Honestly? I thought at first that I won’t be able to finish this and I kept asking what is Glaze, why Glaze blah blah blah.. Then as I go further I found myself reading continuously until I’m almost in the middle. The story is simple but catchy. I am a fan of  rebellion related stories since The Hunger Games begin and I like this one.

Petri Quinn is just a simple girl who wanted be part of Glaze but she can’t join until she reached her sixteenth birthday and because of one school riot, everything turns upside down for Petri. She tried to escape with the help of Ethan, a guy who she barely knows but when she arrived home, a detective in their house is waiting so she end up in the police. She was given a blank chip where the police can detect her moves and location. Annoyed and frustrated, she did everything to be part of Glaze, she met Logan and his friends and that’s when they start doing an experiment.


So hard to create a summary without being a spoiler, well, I didn’t reveal the best parts though. I suggests to other readers to read this book, it is good honestly. I gave four hearts on this book, why not five? because I feel like there’s something missing at the end. I’m not that satisfied it ends that way, it can be more heartbreaking? more powerful? or more interesting. Though the ending was cool, a smart move. Well hopefully there’s another book coming! (I’m waiting…) 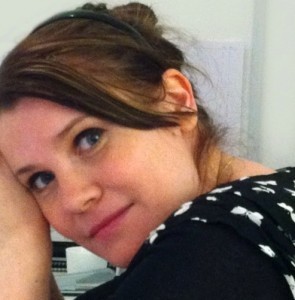 Kim was born in Dublin and moved to London when she was seven. She got her first typewriter when she was eight, had a poem she wrote about a snail published in a magazine when she was nine, and that was it – Kim was hooked on writing.

Because she never thought she’d actually be able to make a living as a writer, she decided she needed a trade to fall back on. So, naturally, she went to Sussex University to study philosophy.

While Kim’s plan of being paid big bucks to think deep thoughts never quite worked out, she did land a job as a junior copywriter with an ad agency a week after graduating. She’s worked in advertising ever since, specialising in writing for videogames.