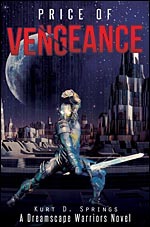 “Liam! What have you done?” Marcus demanded. “You know our teachings on revenge.”

Suddenly, irrationally angry, Liam straightened. “How can you defend him after what he did? To you, to Mom, to my birth parents, to everyone we cared about?”

With a howl of despair and emotional agony, Liam dashed forward, through the shade of his father, blindly running into the sewers.

What is the Price of Vengeance? One could understand why Liam is angry. Orphaned at the age of two by a group of giant carnivorous insects called the chitin, he was adopted by High Councilor Marcus and his wife, Lidia, and raised with their older son, Randolf, in New Olympia, the last remaining city on the planet Etrusci.

As an adult, Liam becomes a soldier. After being cut off from the city, he finds that there is an alien intelligence behind the chitin. To defeat it, he must discover who he is and how to use his powers. When Liam discovers that a traitor responsible for his birth parents’ deaths has also murdered his beloved foster parents, he might find that the price he has to pay in his quest for vengeance will prove to be an even more unbeatable foe. 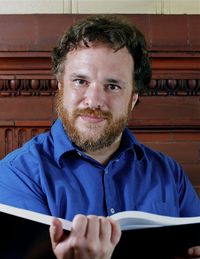